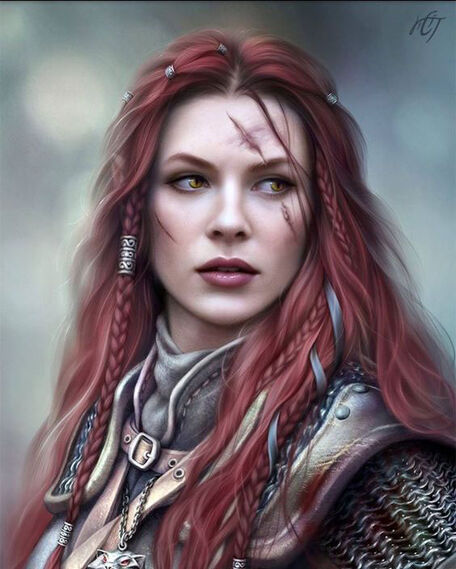 Rose discovered very early that she had a talent for attracting men with money and influence. Never quite attached, she nonetheless had a knack for pulling favors and cash out of the local lads, then the leaders of the community, and eventually lords and courtiers. Her insatiable curiosity pushed her further and further out into the world, and she found that there was no place better than the court for secrets, comforts, and randy men. When she first came to court, she caught the eye of Lady Burgundy, a powerful woman, and a courtesan who had recently married and settled. Lady Burgundy taught a very rough-edged Rose the refinements, family trees, dances and gossip of the court, and, when Rose was ready, introduced her to an agent of the Gardeners.

The Gardeners saw Rose’s potential as a recruit to their shadow network of courtesans, spies and assassins, finding that she had already plundered the basics of magic from her clients’ private libraries. Rose buried herself in stories and histories of the elves, and her effortless and intuitive grasp of dance made her ideal for training as a Bladesinger. She now had a purpose for her curiosity and her adventuring – to fulfill the oath the elves made to Keyldynan to nurture and protect the peoples of the earth. And for that, she needed allies.

Rose has many clients, but a few are close friends that are dear to her heart.

Lady Burgundy – Wife of Lord Randall, but important enough in the court that she is still known by her own name.  She is Rose’s teacher in the skills of a courtesan, but also her contact for the latest gossip among the nobility.

Daffyd Mist – An elf, and caretaker of both a secret library of elven lore and magic, and the surrounding gardens. The gardens are a wonder of old elven magic, extending as they do into the realm of Faerie, and are bigger on the inside than the outside.  Daffyd is quiet and sad, having lost his family in the wars, so he enjoys Rose's kindness and company.  When she has a chance to visit, she walks with him for hours in the gardens, learning the names of flowers, both natural and magical, and his loneliness is eased for a time. Besides being Rose’s connection to the elvish side of the Gardeners, he is a former instructor of the elven king’s bladesingers, and now she is his only pupil.

Loic Barnette – A retired general who moved away from the maddening intrigues of court to a country estate, which he runs like a military camp (picture Patton in iron grey armor).  Loic is blunt to the point of rudeness, suffers no fools, and stubbornly avoids involving himself in politics.  He is nonetheless fair, solid, and protective of his people, who reward him with unswerving loyalty.  Rose reminds him of every young girl he wooed in his campaigns back and forth across the country, and their relationship, while also physical, resembles a couple of old campaigners.  Rose spends most evenings with him on the balcony of his bedroom, drinking whiskey and listening to his stories of the wars.  Loic is sharp and connected, and he has let Rose know that he stands ready with men at his back if she ever makes an enemy too large for her to handle.  So far, it hasn’t come to that, but she does often visit when she needs to lay low in a safe place.

Babbage Thornberry – Babbage is a young man who inherited a huge house, lands and investments from his odious, controlling grandmother.  He has spent the ensuing years enjoying her wealth, puttering with remodeling the house, and disposing of any artifacts that his grandmother would have insisted that he keep in the family.  He has no need of marriage, has the ample intelligence and forethought to manage his estate, so Rose has the benefit of his company, his bed, and his extensively collection of music, all without strings.  While Babbage is handsome and great company, Rose eventually drifts back into the circle of sharper minds, but it’s always a pleasant time, and she usually leaves with some expensive object of his grandmother’s treasured possessions.

Retrieved from "https://mfog.fandom.com/wiki/Glory_Rose?oldid=335"
Community content is available under CC-BY-SA unless otherwise noted.